We're sorry but the candle you have selected is currenty in the process of being purchased or has just recently been purchased.

Please feel free to select another candle or check back in 15 minutes to see if the candle you have selected has been released for purchase.

We're sorry but there are no candles available for lighting.

You have already begun a candle purchase session. If you would like to continue with your current candle choice please click "Continue" otherwise please click "Select Another".

In Memory of
Beata
Antoszewski
1962 - 2017
Click above to light a memorial candle.

The lighting of a Memorial Candle not only provides a gesture of sympathy and support to the immediate family during their time of need but also provides the gift of extending the Book of Memories for future generations.

In the event that there is an error
in the information presented,
please contact the funeral
home by clicking here. 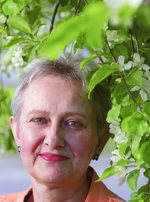 It is with deep sadness that we announce the passing of Beata Antoszewski on July 27, 2017, after a long and difficult battle with advanced cancer.

Born Beata Malanowicz on March 18, 1962, Beata was raised in Czestochowa, Poland, where she earned her Master’s in Civil Engineering. An engaged participant in student politics, she carved her freedom as an exceptional student and an avid traveller in what was often an oppressive social environment. When Poland’s western borders opened, Beata became one of many talented and educated women who migrated west to begin a new life. Her education unrecognized in the West, Beata found a happy home in the world of accounting working with a number of firms in Thompson over the years.

While her career revolved around wealth and finance, Beata’s priority was always her family: she innately understood that happiness came from time and the people with whom you share it, not the material wealth and small luxuries to which we were often attached. With more experiences than she could express in one lifetime, Beata was above the romantic notions of adventure and adrenaline that so often left us longing for more. Her feet planted firmly on the earth, she did not appear to be merely a visitor in this life, but rather her presence felt like an indisputable fact of nature. It is all the more jarring that of all of us, she would take her leave first.

Beata’s quiet strength was evident throughout her treatment and her decline. Over the two years which she battled her disease, she shattered our expectations at every turn, and her remarkable resilience will forever remain a testament to the inner strength of this humble and understated woman. Nonetheless, our sadness is paired with great relief that she has at last found peace from this terrible disease.

Beata is survived by her husband, Romuald, her sons Kacper and Max, her brother Jerzy, and by her extended family across Europe and the world at large.

Funeral Service to be held on Saturday, July 29, 2017 at the St. Lawrence Roman Catholic Church in Thompson at 1:00pm. Father Guna officiating.

This Book of Memories brings those affected by loss together by encouraging communication and self-expression. By giving friends and family a special place to tell their stories and express their feelings of loss, it helps them care for one another during a very difficult time. Click on any of the links to the right to access features or information within this memorial website.