To share your memory on the wall of Raymond Mintenko, sign in using one of the following options:

We encourage you to share your most beloved memories of Raymond here, so that the family and other loved ones can always see it. You can upload cherished photographs, or share your favorite stories, and can even comment on those shared by others.

Posted Jun 14, 2019 at 05:05pm
Very sorry to hear of Uncle Ray's passing. We all have fond memories of the get-togethers in Russell. Thinking of you all at this sad time. Our deepest condolences-Deanna, Anthony, Angela and Bryan Mintenko.

Posted Jun 11, 2019 at 10:47pm
We always enjoyed our visits with Ray.
May the wonderful memories provide comfort in the days ahead.
Our thoughts and prayers are with you all during this difficult time.
Love, Lori, Gary, Cari & Robert Smith
Comment Share
Share via:
FL

Posted Jun 11, 2019 at 10:24pm
Always remember getting a hug from Irene and Ray when I’d see them in Wabowden it Thompson Rest In Peace Ray
Comment Share
Share via:
R

Our deepest sympathy to you Irene and family. Ray was a generous person and will be missed. 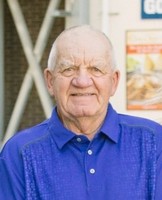