To share your memory on the wall of Allan Goudy, sign in using one of the following options:

Print
With heavy hearts we would like to announce the early passing of Allan John Goudy with family by his side. Allan passed in the afternoon of September 5, 2019 after a long battle with cancer.

Allan was born September 5, 1967 in Thompson. ... Read More
With heavy hearts we would like to announce the early passing of Allan John Goudy with family by his side. Allan passed in the afternoon of September 5, 2019 after a long battle with cancer.

Predeceased by his Father John Goudy.

Respecting his wishes Allan will be having a “Party” Saturday September 14, 2019. @ 2:00pm at the Royal Canadian Legion in Thompson Manitoba.
Read Less

We encourage you to share your most beloved memories of Allan here, so that the family and other loved ones can always see it. You can upload cherished photographs, or share your favorite stories, and can even comment on those shared by others.

Posted Sep 16, 2019 at 11:46am
So sorry to hear of Al's passing he was a good person but most of all a good friend, condolences on your loss, just like Al it's a big one
Comment Share
Share via: 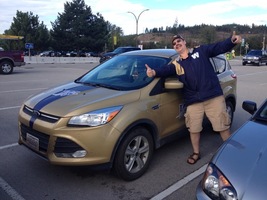