To share your memory on the wall of Rylen Solski, sign in using one of the following options:

Print
Suddenly and unexpectedly on Saturday, June 6, 2020, our beautiful and amazing baby boy, Rylen David Wayne Solski of Thompson Manitoba, sadly had to leave this world after having an amazing day doing what he loved at Paint Lake.

Rylen w... Read More
Suddenly and unexpectedly on Saturday, June 6, 2020, our beautiful and amazing baby boy, Rylen David Wayne Solski of Thompson Manitoba, sadly had to leave this world after having an amazing day doing what he loved at Paint Lake.

Rylen was born on May 17, 2007 in Thompson Mb. at the Thompson General Hospital. He weighed 7 lbs, 7oz and was 22 inches long. From the minute he was born, we knew that he was a special boy and he made us proud every day of his life. He was responsible and mature beyond his years and immediately became a protector when his little brother Carter was born 16 months later. He was a selfless child who ensured his brother had everything he needed, going as far as giving Carter his bike bell he received Easter morning when he was 3 years old because he thought he would like it more.

At the age of 7, Rylen became a big brother again to his little sister Morgan. He was such a great big brother and would always refer to her as “princess” or “my girl”. He spent a lot of his time playing with her: doing arts and crafts, reading her books, taking her for wagon rides and would even take her outside to have wheelchair races when she broke her leg. She adored him greatly and looked up to Rylen very much.

Rylen’s character and attributes made us extremely proud; he was influenced by nothing other than what he believed was right. When his poppy was sick he would ride his bike to the hospital to read him scriptures from the bible and he would even pick up trash wherever he saw it lying around. Rylen excelled in school and always challenged himself academically; he received many school awards and was viewed by his classmates as a safe and easygoing person who his peers could rely on for anything. Rylen was an enthusiastically appreciative boy who would routinely say “thanks guys, this is amazing” for anything he ever received. Many people looked up to Rylen, including us as parents, and he taught everyone around him how to be a better person.

Growing up, Rylen played various sports including soccer and hockey. However, his favorite activity was karate which he excelled in and recently earned his purple belt. He was elected to win the sportsmanship trophy unbeknownst to him, which will be awarded to him posthumously.

At a young age Rylen grew a passion for gardening. He had a garden in his back yard that he maintained on his own and for his 11th birthday received a gardening plot at the Thompson Boreal Discovery Center which he had so much pride in. That year he had 3 little tomato’s grow and made his own homemade salsa.
Rylen was a hard worker - an entrepreneur in the making - and was very goal oriented. He would make lemonade stands and sold Tupperware to earn money to save for his first vehicle. He was always trying to brainstorm ways to earn money to get his first truck so he could have something to take down the gravel roads to go fishing when he turned 16.

Rylen loved nothing more than vacations with his family and the outdoors. Above all, he loved to go fishing, especially to the “secret” honey holes that his Dad would take him: “joy is when I go fishing”, as quoted from a school report of his on what makes him happy. His favorite place was Paint Lake and he spent many nights out there at his Nanny’s camper helping build fires and forts and looking for his own special fishing spots. He couldn’t get enough of spending time with his family at the lake, and in his own words from his school journal:
“My family likes to go fishing out at Paint Lake. The fish there are not the biggest but it’s a good spot to bring all of our family, especially with my little sister and with the ducks and Marina being so close by. It is a good family fishing spot. My Nan and Poppy used to take us out camping at their camper. They would usually take us out fishing especially when we got a bit older. I even went once with my Grandma and Grandpa who lives six hours out of town. We caught a lot of perch and that night we had a fish fry. These are some memories I especially treasure with my family that in my opinion makes us special”.

We would like to sincerely thank our family, Rylen’s friends, teachers, coaches and sensei’s who supported Rylen and helped guide him to be the perfect young man he was. We would especially like to thank the DeBeer family, all civilian first responders, the paramedics and the TGH staff for trying tirelessly to bring our baby boy back to us. Furthermore, we must acknowledge all friends and family, Boardman’s Funeral Home as well as the entire Thompson community for the overwhelming support during this extremely difficult time; this is beyond appreciated and has helped our family immensely.

A celebration of life to honor Rylen will be held at Westwood school field on Saturday June 20th at 12:00 pm. This is a family friendly event and barbecue intended to celebrate the life of Rylen and to share stories in his memory. A formal service for family will be arranged at a later date.

Please note that there will be COVID19 controls in place at the event: sanitizer will be available with social distancing etiquette recommendations in place.
Read Less

Print
A celebration of life to honor Rylen will be held at Westwood school field on Saturday June 20th at 12:00 pm. This is a family friendly event and barbecue intended to celebrate the life of Rylen and to share stories in his memory. A formal service for family will be arranged at a later date.

We encourage you to share your most beloved memories of Rylen here, so that the family and other loved ones can always see it. You can upload cherished photographs, or share your favorite stories, and can even comment on those shared by others.

Posted Jun 26, 2020 at 05:49pm
Rylen help me get through the school years and a couple years ago me and him we build a hamster castle 🏰 we had a great time We will always miss you 💖
Comment Share
Share via:
HS

Posted Jun 13, 2020 at 02:01pm
I had the wonderful opportunity of getting to know my cousin Rylen 4 years ago when I had lived in Thompson for 5 mths. When I first met Rylen and spent time with him I really connected with him... I always found him to be such a polite, caring, smart and just an overall amazing kid! I even got to teach his class a few times as a substitue teacher and he would always be the one to help me find things or explain the class routines and made sure the other classmates were well behaved and polite while I taught the lessons. I really breaks my heart that Rylen was taken so young but I guess God needed a beautiful Angel like Rylen up in Heaven. Sending my thoughts and prayers and love to Lisa, her husband, my Uncle Wayne and Aunt Ruby and all other family and friends at this difficult time. Rest In Peace Rylen Budd, love Jessica❤😘
Comment Share
Share via:
RS

Those types of stories certainly brighten our day and makes us more proud of him with each example we hear of how great of a young man he was. Take care, Lisa, Ray and family
SR

Posted Jun 13, 2020 at 10:25am
So sorry to hear of your cherished Rylen passing. Thoughts and Prayers are with you all during this difficult time . Fly High with the Angels
Comment Share
Share via:
RS

Thank you both. Every thought and prayer means more to us than you can imagine and we appreciate it deeply. Ray, Lisa and family
KM

Posted Jun 12, 2020 at 12:09am
Ray, Lisa and family, We are so sorry for your loss, The love and joy that young Rylen brought to all will never be forgotten. We are thinking of you and your family during this tragic time.”
Comment Share
Share via:
RS

Thank you Kris and Family. Your kind words mean a lot to us. Take care my friend, Ray, Lisa and Family 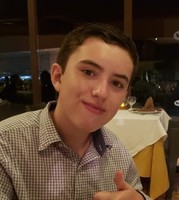 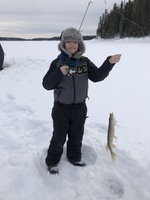 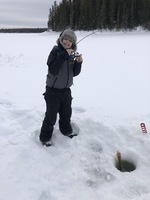