To share your memory on the wall of Thomas Clarkson, sign in using one of the following options:

Dad moved to Thompson in the summer of 1966, where he worked for Midwest and Westcore. In 1970, he went to work underground at Inco where he stayed until 1980. Dad then continued his work with Smook Contractors in 1980 until July 2020. Dad was passionate about his work as a heavy equipment operator, enjoyed all the different jobs and cherished the relationships he formed with the people he had met over the years. Dad had an incredible work ethic and was proud of all that he had accomplished.

Dad loved to go home to “The Village” to hunt with his brothers and nephews and spend time with his sisters. Lots of stories and laughs were always shared. Dad’s favourite place was Granny’s farm where he was taught his strength and the bond of family. He instilled in his children to carry on the strong bonds of family and share his memories.

Dad had a passion for the game of hockey, and he could always be found standing in “his” spot at the rink. He loved watching his grandson’s and great granddaughter play. He had spent many hours at hockey rinks across Manitoba, watching with pride,

He also loved to watch his granddaughter’s figure skate which softened him a bit but not too much. He enjoyed spending time with all of his grandchildren and great grandchildren and cherished the memories that were made. He treasured his family and was proud of each one of them.

As per dads wishes cremation has taken place. Due to Covid pandemic restrictions a celebration of life will be determined at a later date.
Read Less

We encourage you to share your most beloved memories of Thomas here, so that the family and other loved ones can always see it. You can upload cherished photographs, or share your favorite stories, and can even comment on those shared by others.

Posted Dec 06, 2020 at 10:44pm
Condolences Pam, Charmaine, Tanis, Dean and families. Uncle Thomas was a very special man and will be missed by all. Love you all.

Posted Dec 01, 2020 at 08:49pm
Tanis and the Clarkson family. So sorry to learn of your dad’s, granddad’s passing, sincere condolences to all. When we lose someone we love we must learn not to live without them but to live with the love and memories they left behind. God bless you in every way and know that many share your grief. RIP Tom.
Comment Share
Share via: 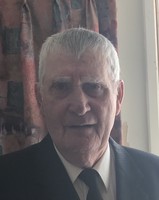