To share your memory on the wall of Wendy Anderson, sign in using one of the following options:

Print
It is with heavy hearts and great sadness that our Mom, Grandma, Great-Grandma, Sister, Wife, Cousin & Friend, Wendy Anderson (Tumak) passed away peacefully on December 16, 2020 at the age of 75 at the Thompson General Hospital.

Family w... Read More
It is with heavy hearts and great sadness that our Mom, Grandma, Great-Grandma, Sister, Wife, Cousin & Friend, Wendy Anderson (Tumak) passed away peacefully on December 16, 2020 at the age of 75 at the Thompson General Hospital.

Family was Wendy’s life, especially her daughters, grand-children and great-grand-children. They were the light in her eyes.

Wendy was born June 10, 1945 in Winnipeg, Manitoba to James and Emma Anderson. She was the middle of eight children and grew up on Logan Ave. in the Weston neighborhood in Wpg, MB.

She met her sweetheart Ben Tumak at the age of 16 and were married in 1965. Together they shared their life in Thompson, MB and raised three daughters Kelly, Debbie and Lisa. Many happy years and memories were had.

Wendy loved to play bingo, have her coffee & tea, making pies/cooking & talking about her younger years growing up in Wpg, MB with her siblings, parents & family. She also talked about her Aunt & Uncle’s farm in Plumas, MB where along with her siblings, spent the summer months playing and seeing farm life away from the city.

Mom worked very hard and did not always have an easy road. She gave and did the best she could, which helped shape us into the people we are today. She was a homemaker and babysat until 1980 when she started working at the Thompson Hospital. She started in CSR and years later moved to Housekeeping from which she retired from in 2010. For a few years, she also did Homecare.
Wendy is pre-deceased by her parents Emma & James, Sisters Beryl, Lynn, & Diane, Brothers Jim & Donald, Brother-in-Law Al Harris, Grand-parents, and many Aunts and Uncles.

Mom had a gift to give and she did this with true love and compassion. Mom and Grandma, we will miss you deeply!! Daily life will not be the same without you, but we know you are now at peace and with your family.

We all love you very much and know that one day we will see you again. We were lucky to have you!
We would like to express our warmhearted thank you to all the hospital staff at TGH & HSC who cared for Wendy.

In lieu of flowers if you so wish, donations can be made to the Thompson Senior Citizen Housing Authority Inc. (Rotary Place) & The Thompson Humane Society. Cremation has taken place, and her Celebration of Life services will be held June 2021 in Wpg, MB.
Read Less

Print
Cremation has taken place, and her Celebration of Life services will be held June 2021 in Wpg, MB.

We encourage you to share your most beloved memories of Wendy here, so that the family and other loved ones can always see it. You can upload cherished photographs, or share your favorite stories, and can even comment on those shared by others.

Posted Dec 31, 2020 at 01:40pm
To Lisa, Mike and the rest of the family, my sincere condolences for your loss. May the fond memories you have of Wendy help you during your healing process.
olie
Comment Share
Share via:

Posted Dec 31, 2020 at 12:58pm
Wendy had always been a part of our family & always will. Loved our last visit in Thompson & catching up on all the years. Will always love & miss you. TIL we meet again one day .... Kathy (Tumak) Day
Comment Share
Share via:
BW

Posted Dec 28, 2020 at 07:24pm
Dear Kelly,
I was very sad to hear about your mothers passing.
I worked with Wendy at Thompson General for approximately six years. She was in housekeeping and I was Infection Control. Wendy was always reliable and hard working and her dedication kept patients safe. I can’t imagine what she must have thought about the current pandemic.
I wish you and your family nothing but good memories of your mother and comfort during this time of sorrow.
Sincerely,
Betsy Wrana
Comment Share
Share via: 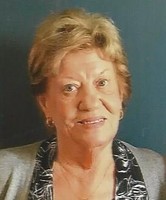