To share your memory on the wall of Garry Cournoyer, sign in using one of the following options:

Print
It is with great sadness that the family of Garry Stanley Joseph Cournoyer announces his passing after a brief illness on Sunday January 17th, 2021 at the age of 75.

Garry will be forever love, missed and remembered by his loving wife o... Read More
It is with great sadness that the family of Garry Stanley Joseph Cournoyer announces his passing after a brief illness on Sunday January 17th, 2021 at the age of 75.

Garry will also be fondly remembered by his brothers Alvin, Rodney, Brian and sister Helen, brother in
Law Ronnie Pawlyskyn, sister in law Iris timm, as well as many nieces, nephews and dear friends.
Garry worked for Inco until retirement in 2003. He loved fishing, hunting, camping, atving, and
snowmobiling. He was the happiest being outdoors and enjoyed all the time he spent at Clark Lake and
and on his motorbike.

Aspecial thanks goes out to Cliff Hibbs and Herbie Boudreau for all their help as well as the
Cancer Care Navigation Team in Thompson, MB.

A Celebration Of Life will be held at a later date.

Memorial donations in memory of Garry can be made to Cancer Care Manitoba.
Read Less

We encourage you to share your most beloved memories of Garry here, so that the family and other loved ones can always see it. You can upload cherished photographs, or share your favorite stories, and can even comment on those shared by others.

Posted Mar 06, 2021 at 12:24pm
I just heard today about Gary. Very sorry to hear the news. He was a lot of fun to know and I will miss his bantering very much. I was looking forward to seeing you in the coffee shop again Gary! Rest in peace in my prayers and condolences to your family.
Comment Share
Share via:

Posted Jan 19, 2021 at 07:14pm
Condolences to the family. I snowmobiled with him on the group rides with Hibbs and I hope I will still enjoy snowmobiling like he did. Some of the places we went, I commend him at that age!
Comment Share
Share via:
JH

Condolences to the family . I have memories of fishing with him and Donovan when I was a child. 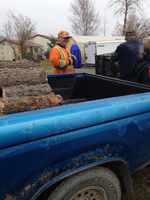